Want to get into Dragon Quest series but lost on where to start? Our two part guide will get you started!

On to greener pastures but still inside the gaming industry.

See the 3DS port in action.

The world expands even further - to a portable screen.

Square Enix's financials are a big improvement - but also hint at a quiet year ahead.

Dragon Quest X gets an expansion

Coming to PC, Wii and Wii U.

Chances for a western release increasing?

One last look before launch.

The Wii U version finds a release date. 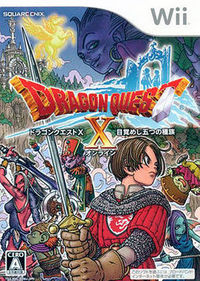