We check out the Four Heroes-looking 3DS title from Square Enix at TGS.

Check out these Bravely Default commercials

You know, in case you were still confused about the name.

Also a name change in Europe.

Nintendo rescues what could've been a lost Square Enix title.

Get an eyeful of the Council of Six and four new character classes. 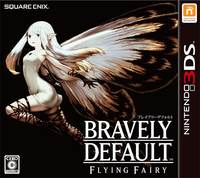