Cosmic Star Heroine is a fun space adventure and throwback to the 16 Bit era of JRPGs while also bringing enough unique ideas to stand all on its own.

We sit down and chat with Bill Stiernberg to talk Cosmic Star Heroine!

A promise kept as the sci-fi RPG will go portable next week.

Tetracast - Episode 55: Nintendo Gets It

Nintendo's latest console is out, along with one of the most anticipated games in years. That and more on our latest podcast!

Time to save the galaxy.

A retro RPG inspired by the classics of the genre like Chrono Trigger and Suikoden will be releasing on Sony hardware. 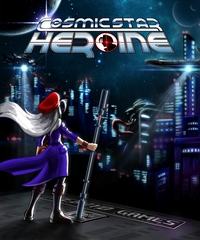