Want to get into Dragon Quest series but lost on where to start? Our two part guide will get you started!

Dragon Quest VIII 3DS Guide: How to Unlock all the Costumes

What's new in the 3DS port of the classic JRPG

In our latest podcast, we talk about Tales of Berseria, Ni no Kuni II, Dragon Quest VIII, and much more!

Get introduced to the cast of characters

The newest 3DS entry in the series joins a crowded month in the west.

Dragon Quest VIII gets a new dungeon on 3DS

As well as some screenshots of new party members, Red and Morrie

Square Enix is listening closely to the fans.

Embark upon a grand adventure to save the cursed king. 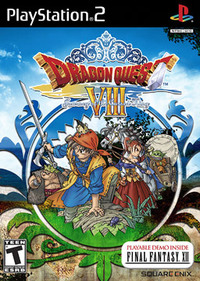