The new port of Monster Rancher 2 for Nintendo Switch and mobile devices will be available very soon in Japan, and Koei Tecmo has finished filling a list of 50 changes made to this port from the original PlayStation release.

Although Monster Rancher 2 is widely known to be the most popular title in the series. the PlayStation 1 game was also laden with infamous bugs and glitches that changed the gameplay from the intended design. Many of the changes listed here involved fixes to these bugs.

Similar updates were also implemented on the earlier port of the first game. Some of the changes are made to make the ports more balanced; more new features are also added here to let players upload their frozen monsters to compete in online battles and tournaments.

You can read our translations (and explanations) of the 50 changes made to the Monster Rancher 2 port right after the jump. The enhanced port of Monster Rancher 2 launches in Japan for Nintendo Switch, iOS, and Android this week on September 17. An English localization of the port has still yet to be announced. 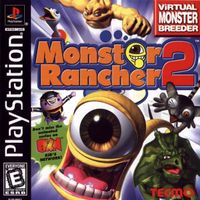