Bandai Namco has today confirmed that they are delaying the release of Digimon Survive to 2021. The game's producer Kazumasa Habu posted a formal apology on the Japanese and English Digimon Games Twitter accounts simultaneously.

This makes it the second yearly delay for the game by Bandai Namco. Digimon Survive was first revealed in July 2018 with 2019 as its initial release window. However, Bandai Namco announced at Anime Expo in July 2019 that the game would miss the initial window with 2020 as the new release year.

The last time we saw new information posted for Digimon Survive was in April 2020, when Bandai Namco finalized the main character roster with the additions of Kaito and Miu Shinonome. There were no other news that came afterwards, including its notable absence from Bandai Namco's TGS 2020 stream. This year's delay is much more understandable though considering the coronavirus pandemic that has been impacting even development of games in Japan; Bandai Namco also similarly delayed Tales of Arise to an unspecified date last June.

The Japanese post provided more insight into the game's development that wasn't translated in the English post. The team moved into a new development structure in Summer 2019, and they also changed the development engine during the process. They are now working on the production while reviewing the game's specifications from time to time. 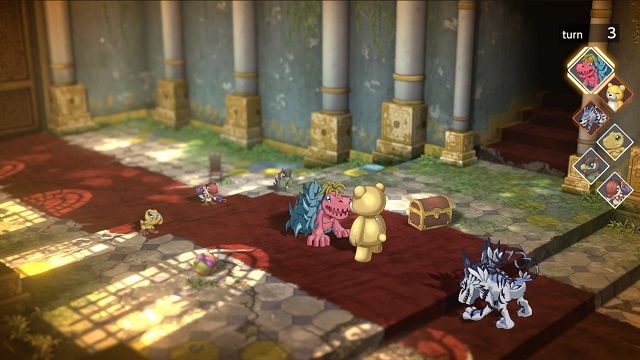 Digimon Survive is currently under development as a strategy RPG that will be available for PlayStation 4, Nintendo Switch, Xbox One, and PC. More new information about the game is now expected to come in Spring 2021.