Bastion out on iPad today

Available for a mere $5 or your local regional equivalent, Bastion is an RPG with an isometric viewpoint, beautiful artwork and a brilliantly husky-voiced narrator who guides the player through their journey.

It's already available on Xbox Live Arcade and PC - and those releases scooped a ton of RPG Site Awards in 2011, namely Best Writing, Best Original Soundtrack, Biggest Surprise and Indie RPG of the Year. That's quite the trophy cabinet, and that's just from us.

It's bloody good. If you own an iPad, just go and buy it, alright? Alright. 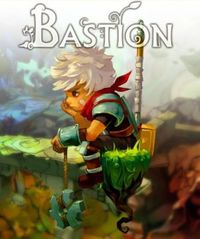