Ni no Kuni II Blue Chests Guide: How to open the locked chests and get amazing loot

As you're playing Ni no Kuni II: Revenant Kingdom, you may come across several blue chests either out on the overworld map or inside a dungeon. Thest locked chests are quite intriguing, right? Sure, there are plenty of red chests to be found as well, but these are special - they contain high-quality loot you won't find in any common chest!

However, when you walk up to them, hoping to get at the contents inside, you will be told by the game that they are locked. How exactly do you open these blue chests up? It takes a little while before you are able to do so, but we'll tell you exactly how you can make this happen!

Once you've figured out how open those blue chests, check out more of our Ni no Kuni II: Revenant Kingdom Guides: 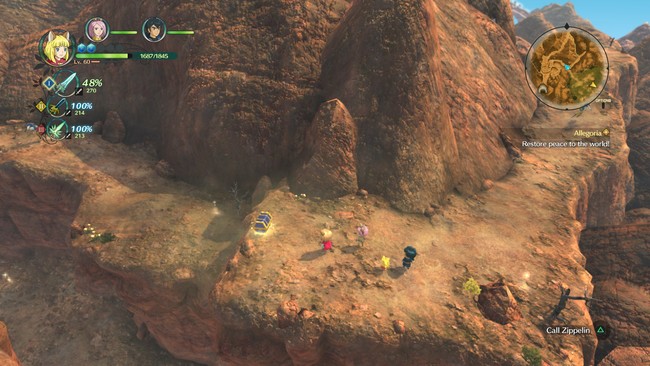 Locked Chests: How to unlock the Blue Chests in Ni no Kuni 2

First things first, we recommend taking note of any blue chests you come across your journey. Take a screenshot of the map or make a note on a piece of paper. Either way, you will want to do this because it's going to be a while before you can open the blue chests.

Once you have completed Chapter 4, you will have founded the kingdom of Evermore, giving you the ability to create your own nation. From here, you will want to build the Evermore Spellworks facility right away (which is available right off the bat). This place allows you to learn new spells while enhancing existing ones, so even beyond this guide, it will come in quite handy in your adventure.

You will want to work towards getting your kingdom to Level 2. This requires you to recruit 25 citizens and build 10 facilities to unlock the ability to do so. Once you have done this, get your Evermore Spellworks facility to Level 3.

After this happens, you will have access to be able to research the Specific Spell Dev.: Spring Lock spell. Before you can do so, you will need to make sure the IQ of your personnel is at least 235. You just need to have at least three citizens assigned to the Spellworks facility and maybe level them up a bit.

If you're confused on any of this, be sure to read our kingdom building guide for an explanation. Having to do all this research may take a while depending on how focused you are on building your kingdom, but once you do, you will be able to unlock all the blue chests around the world!

Where to Find the Locked Blue Chests

Now that you know how to unlock the blue chests, we have some suggestions on where you can actually find them. Obviously, this list isn't complete, but here's nearly a dozen different locations you should check if you want some great equipment!