Utawarerumono finally returns to PC, with ports of the titles previously published by Atlus on PS4 and Vita. How do the ports stack up?

What a year for video games.

One of the best-told stories in years provides a very satisfying conclusion to the Utawarerumono series.

Utawarerumono: Prelude to the Fallen heading to PC at a later date

Tetracast - Episode 77: Out of the Hurricane and into the Wildfire

Tetracast - Episode 76: The Curse of Localization

In our latest podcast, we talk Ys VIII, Monster Hunter XX for Switch, Square Enix's TGS plans, and much more!

The sequel lands in September

Utawarerumono: Mask of Truth releases in North America and Europe on September 5

Mask of Deception arrives in spring while Mask of Truth is out later this year for PS4 and Vita. 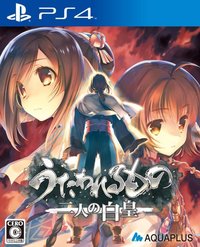