The Legend of Zelda: Breath of the Wild's DLC release is upon us - here's what's included

After giving us months to explore the amazing open world of Hyrule free of any additional pressures, today is the day: Nintendo is finally releasing the first DLC pack for The Legend of Zelda: Breath of the Wild, the Trial of the Sword DLC pack - or as it's more colloquially known, expansion pass DLC one.

This DLC pack includes a variety of new features that'll slot into your existing Breath of the Wild gameplay adventures in some way or another, while the second expansion pack that's due later this year will actually add new story content to the game - and based on the E3 tease, it seems like you'll get to play as Zelda and the champions.

This DLC simply focuses on Link and expanding his adventure with new options. Here's everything you need to know, because we're nice like that. 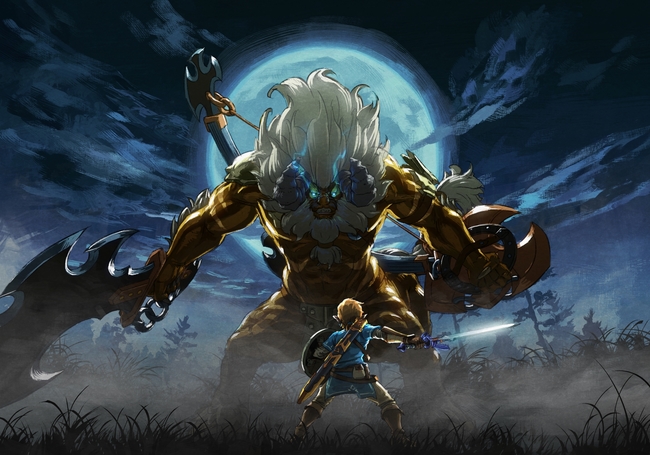 Okay, so, yes - the obvious question is... when does this first DLC expansion pack for Breath of the Wild release? Well - we're pretty close. As of writing this depending on where you are in the world it'll be either the 30th or the 29th of June, and the 30th is the official release date for the expansion pass DLC part one.

In terms of time, Nintendo has said that the DLC pack will be made available to expansion pass / season pass owners at midnight Eastern US time. That's 12:00am Eastern (duh), 9pm Pacific, 5am in Britain and 6am in much of mainland Europe.

How to buy Breath of the Wild's DLC Pack 1

Yeah, we know - this one might seem obvious. But take a step back for a moment, because this one is a bit different. The name 'Expansion Pass' might recall season passes, and that in turn might make you think Breath of the Wild's two DLC packs are available separately - but that's not the case.

If you want to get this DLC pack, you need to buy the complete The Legend of Zelda: Breath of the Wild expansion pass, which gets you this DLC pack but also DLC pack 2 later this year. If you look for just this pack alone on the eShop, you won't find it. It doesn't exist. 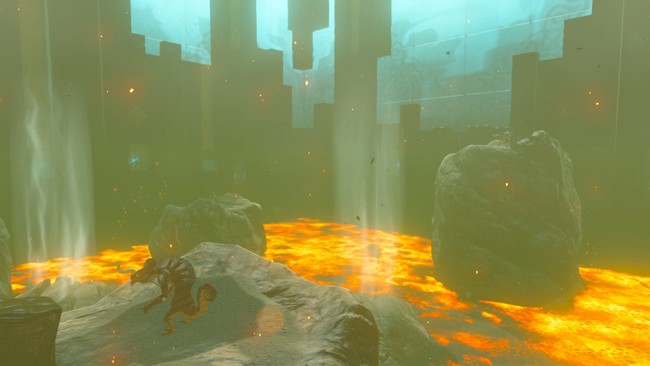 What you get in the Zelda: Breath of the Wild DLC Pack 1

As mentioned above, the first DLC pack for The Legend of Zelda: Breath of the Wild is focused on enhancing your existing adventure, and so while there's new content in there it all slots into your existing save for gives you a reason to start a new one.

Here are all the new features, right from Nintendo - with some extra information we've discovered as well.

Trial of the Sword - Challenge Dungeons

To access the Trial of the Sword challenge, visit the location of the Master Sword in Korok Forest to the North of Hyrule Castle. Here you'll be able to place the Master Sword back into its pedastal if you've retrived it already and be warped to an all-new location.

You'll spawn into this location naked - no items, no weapons, armor or equipment. You'll then be tasked with facing off against increasingly difficult enemies and the occasional puzzle across 45 rooms, scavenging what equipment as you can as you climb floor-by-floor.

By completing this difficult challenge, you'll unlock the true potential of the Master Sword by making it so that it's always in its glowing, powered up state usually reserved for encounters with enemies particularly close to Ganon.

This new map feature shows the path Link has walked through Hyrule from the last 200 hours of gameplay. You can use the time tracker bar to see where you've spent the most time and where you have yet to explore, making it useful for retracing steps or discovering all-new areas of this massive, sprawling version of Hyrule.

Breath of the Wild is arguably the most difficult Legend of Zelda game since the original - difficult enough that we produced a bunch of lovely guide content for it - but it does get easier as you level up link and get better equipment. In Hard Mode, enemies gradually regain health and are powered up compared to their normal mode counterparts. There are also all new top-tier enemies to battle. Look up, and you may also find enemies and treasure chests in the sky!

This hard mode comes with its own separate save slot, and must be started from the very start of the game once again.

Somewhere in the world, there is a chest with a Travel Medallion inside. When you use this, you can register your current location as a fast travel point on the map. You can only register one location using the Travel Medallion, but you can move it around at will.

If you've got the DLC and just want to know where the fast travel medallion can be found, we've got you covered. 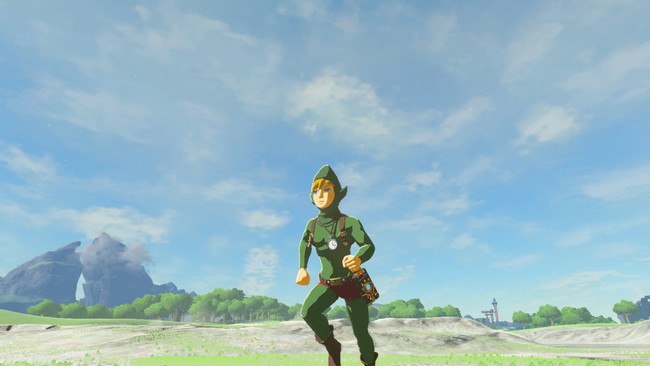 Scattered in some new chests around Hyrule are new, special armor pieces based off classic Zelda titles. Each has its own unique benefit. We've recorded the location of each of these items on guide pages, so if you're struggling to find them allow us to assist:

Other DLC Armor and Item Locations:

If you just want to know what they are, here's the scoop:

As it happens there are quite a few pieces of Armor in Breath of the Wild already, but this DLC expansion pack adds a few new ones for good measure. They are as follows...

The Legend of Zelda: Breath of the Wild Review

Nintendo reveals 'The Master Trials' DLC for The Legend of Zelda: Breath of the Wild

The Champions' Ballad DLC for The Legend of Zelda: Breath of the Wild launches today

The Legend of Zelda: Breath of the Wild is getting a sequel

The Legend of Zelda: Breath of the Wild

Breath of the Wild Screenshots

Breath of the Wild Artwork