BioWare's legendary first trip to a galaxy far far away is now available on the Nintendo Switch with a solid port that is an easy recommendation for new and old fans alike.

A long time ago in a galaxy far, far away... this game was awesome. It still is.

Otogi 2 is back with amazing graphics, smooth animation, and beautiful carnage, altogether improving upon its predecessor in nearly every way deemed possible.

Star Wars: Knights of the Old Republic coming to Nintendo Switch on November 11

2002 action RPG Enclave re-releasing for PlayStation 4, Xbox One, and Nintendo Switch in Fall 2021

A PC and Mobile release forth-coming.

That's a whole lot of Elder Scrolls and Fallout.

iPad version of the Bioware classic out now for $9.99.

Or at least one. Thanks to a new deal, they're not alone either...

Bioware "looking for the right way" to bring back Jade Empire

Bioware actively considering the future of its asian-styled franchise.

Give Vvardenfell a graphical overhaul with this strong batch of graphical mods.

Check out some actual video footage of the upcoming port of this cult favorite. 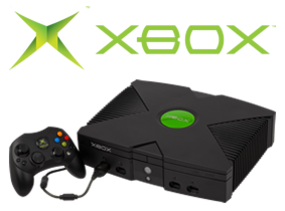 PC software behemoth Microsoft enters the video game space with a bang with its first major console, the hefty-sized Xbox.