Genshin Impact is a huge, high-quality RPG, and it's free to play. The catch? Well, it's a Gacha Game, which means it comes with a Gacha System. That manifests itself as Wishes here - in Genshin Impact, a wish is a random chance... and one that might get you to spend money.

Wishes are vital in Genshin Impact - they give up not only new weapons, but also new characters for you, which can have an impact on lots of things in-game right down to cooking (as certain characters have specialty recipes). On this page we'll explain the gacha-based wish system in Genshin Impact, detail what it all means, and try to give you a bit of guidance so you spend wisely.

If you need more help with Genshin Impact, we've got plenty more guides on the more obtuse aspects of the game including how to grind Adventure Rank EXP to level up fast, Amenoculus locations and Geoculus locations, a map to every Shrine of Depths and a primer on Elemental Combos and reactions, to name a few.

This page covers a few different topics - hit a link to go straight to that section: 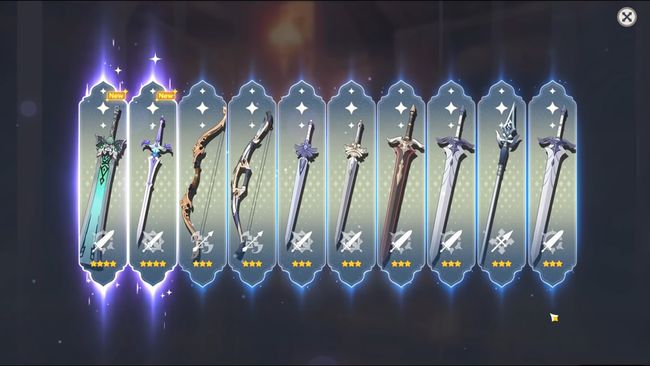 What is a Gacha Game System?

If you don't know what a gacha game is, here's a quick primer for you. In Japan, you've probably seen that 'capsule toys' are popular: little toys that are spat out of vending machines. They also appear in the west, but their popularity in Japan is enormous. Some malls and stores have huge banks of these capsule toy vending machines, selling a huge variety of randomly-dispensed licensed collectibles. Gamers might also know these toys well from Shenmue, where Ryo can buy capsule toys as a distraction.

The most common machines that dispense these toys at random are known as Gashapon or Gachapon - and it's from this that the 'Gacha' mechanic in video games gets its name.

Just like the gachapon machines in real life, a gacha mechanic involves buying a random chance to get something - which may or may not be what you hoped for. Another similar video game term would be a loot box, as in games such as Overwatch.

In Genshin Impact, wishes let you get new characters and weapons, thus helping you to progress - but the random element means to get the best things added to the game, you may have to do a lot of different draws - either with free in-game currency, or real cash. A handful of characters are also available for nothing - check out our list of free characters for more on that. 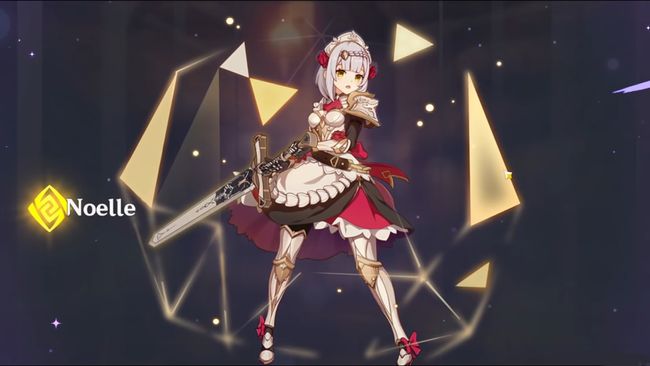 Genshin Impact Wishes: which banner to roll, and what you get for each wish

At any given time in Genshin Impact, there'll be multiple different categories of 'Wishes' running. These categories, commonly known as Banners, will feature different potential rewards. They'll sometimes be themed towards a specific thing, or built around some shiny newly-added character.

The banners you see will basically split into two different categories:

The difference between these two banners is simple. Both still share the same pools for 3* and 4* characters/weapons, though the likeliness of summoning a 4* character or a 4* weapon from them depends on which banner you choose (Goblets for character, Invocation for weapon). Their main difference is what drops in them should you happen to summon a 5*. In the Ballad in Goblets banner, a character is guaranteed to be summoned if you happen to roll a 5-star with the odds in-favor of Venti (a character) because that's the current banner. Venti only appears in this banner and not the standard banner as for now. Meanwhile, the Epitome Invocation banner will have 5-star weapons only appear if you do manage to summon a 5-star item from them. In this banner, Amos' Bow and Aquila Favonia have the odds in their favor since they're the ones on rate-up.

Limited & Event Wishes in particular will often feature 5-star ranked Weapons and Characters as their ultimate prize. Usually on an event banner, the advertised top prize that is the 'poster child' prize for that draw have an increased probability to 'drop', meaning it's always more lucrative to put your energy into Limited & Event wishes than it is a standard wish.

What we mean to say is: aside from freebie pulls, you should basically ignore the standard wish. If you're looking for which banner to roll, you should generally always go for promotional & event wishes - these have the more specific top-tier prizes and better drop rates.

We maintain a list of current & upcoming banners, which you can consult to see exactly what each contains. Beyond that, which banners you go for within that is up to you, however - it depends how badly you want the item types in each.

Or, looking at it from the perspective of the in-game currencies:

You also may wish to target a specific banner in order to get a specific character, like a particularly powerful one. Consulting our Tier List ranking of the best characters in the game can help with that.

If you're looking to get your hands on as many Primogems as possible, keep in mind they can come from quests, the adventurer handbook, as a drop from chests and for discovering or leveling up the Statue of the Seven with Anemoculus.

Masterless Stardust & Glitter: items from wishes and what to do with them

When you perform wishes in Genshin Impact, you'll get access to characters and weapons - but you'll also frequently be given Masterless Items such as Masterless Stardust and Masterless Glitter. These items are basically a bonus, and you'll be given them as a deal-sweetener when you perform a wish and the banner drops things you already have access to.

A duplicate 5-star character is worth the most, for instance, but only getting a 3-star weapon from a draw will also give you some bonus Masterless Stardust. These items can be collected over time and then traded in to the Paimon's Bargains for materials, characters and other rarities.

It's important to understand the drop rates from the gacha system, which is something that many countries mandate the developers of games like Genshin Impact must publish, so players know what they're getting into.