An entertaining story, an infectious soundtrack, and deep gameplay mechanics help make Dragalia Lost a game worth checking out.

In this week's podcast, we chat about a possible sequel to The World Ends With You, early impressions of Dragalia Lost, Konami bringing back Symphony of the Night & Rondo of Blood, the Atelier Arland Series Deluxe Pack, and more!

The mobile game from Nintendo and Cygames launches on September 27.

We have all the details from the Nintendo Direct held August 29.

A Nintendo Direct will share more details about the game on August 29.

A new mobile RPG from the developers of Granblue Fantasy. 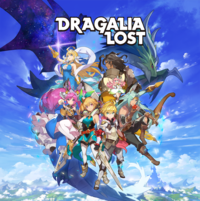