Original characters from SRW V & X will get more spotlights in this post-game story.

It's an even harder difficulty level but you can also raise even stronger units now.

This is to circumvent the lack of Nintendo eShop in Southeast Asia.

Purchasing the all-in-one set will give you even more in-game rewards.

The trailer also explains the gameplay systems, which have seen some changes from the previous game SRW X.

The PS4 version has an exclusive feature that uses the console's system to play a custom soundtrack.

On our latest podcast, we discuss the broken mess that is Fallout 76, Kingdom Hearts III going gold, Super Robot Wars T getting announced, Parasite Eve being trademarked in Europe, and more!

This game will see the grand debut of Cowboy Bebop and Magic Knight Rayearth among others in the series. 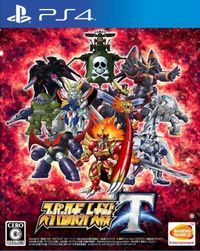