Interplay Entertainment has announced that 2001 action RPG Baldur's Gate: Dark Alliance will be available tomorrow, May 7, as a digital title on Xbox One, Xbox X|S, PlayStation 4 & 5, and Nintendo Switch, priced at $29.99/£29.99/€29.99. A release for PC and mobile devices is also in the works, with no release window stated.

This re-release supports up to 4K resolutions on Xbox, PS4 Pro & above, as well as local co-op gameplay support. As strange as it feels to point out, the re-release also supports widescreen aspect ratios.

While Black Isles Studios has been technically defunct for nearly two decades (with Obsidian Entertainment emerging in the aftermath), its parent company Interplay has managed to stick around despite bankruptcy and staying quiet over the last many years. This re-release of Baldur's Gate: Dark Alliance is its first title since publishing a remake of Battle Chess in 2015. Interplay is also co-publishing the upcoming Kingpin: Reloaded.

A new spiritual sequel to the classic Dark Alliance games - Dungeons & Dragons: Dark Alliance - is set to release this Summer for current consoles. You can find the latest trailer here.

A Baldur's Gate: Dark Alliance launch trailer (via IGN), press release, and screenshot/art set from Interplay can be found below.

Experience a classic Dungeons & Dragons action role-playing game, as Interplay Entertainment (IPLY) and Wizards of the Coast rerelease the iconic action-RPG Baldur’s Gate: Dark Alliance on Xbox S|X, Nintendo Switch and PlayStation consoles with enhanced graphics; up to 4k on Xbox, PS4 Pro and above.

This revival of the original Baldur’s Gate: Dark Alliance puts the ‘action’ back into the action-RPG genre, plunging players into the heart of Faerûn. As well as looting and leveling, players must actively defend against and dodge attacks, evade deadly traps and fight hordes of monsters ranging from swarming kobolds to the iconic and all-consuming Gelatinous Cube.

Featuring three customizable heroes, this epic adventure spans dozens of locations across three massive acts, through the dungeons beneath the city of Baldur’s Gate, to the peak of Burning Eye mountain, deep into the Underdark and beyond.

With a PC and mobile launch planned, now’s your time to grab a friend or brave a dungeon alone and explore the western coast of the Forgotten Realms. Baldur’s Gate: Dark Alliance is available now via digital release for Microsoft Xbox S|X, Sony PlayStation 4 and 5, and Nintendo Switch for $29.99 (£29.99/€29.99). 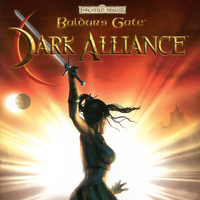