This new book from Third Edition offers a deep dive into the classic game.

The event kicks off on Sunday, June 24 and runs until Sunday, July 1. We have a list of all the RPGs to be shown during SGDQ 2018!

Where's the fun in doing things the normal way when you can completely exploit it?

feature by Elizabeth Henges on 23 December, 2017

Dreams Come True: Behind the Scenes of Final Symphony II

Concert producer and Final Fantasy fanboy Thomas Böcker takes us behind the scenes of the successful concert series.

Barely avoiding becoming run-of-the-mill, Rivera is helped along by its compelling story and strong art design.

The cast gets together to discuss Project Triangle Strategy, a new Legend of Mana remaster, and all things Diablo!

Tetracast - Episode 190: All Shapes and Sizes

A long episode where we discuss upcoming JRPGs like Persona 5 Strikers, Bravely Default II, and more!

The Final Fantasy series has a great number of fantastic female characters, but when it comes to specifically portraying mothers, it falls short.

Win a copy of Final Fantasy VI for iOS

Here is your chance to grab a free copy of this enhanced mobile release.

We get our first look at the smartphone version of this legendary RPG.

Final Fantasy VI to release on iOS and Android this winter

Yet another old-school FF gets the mobile treatment.

Enjoy this Final Fantasy classic for the price of free! 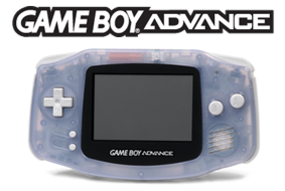