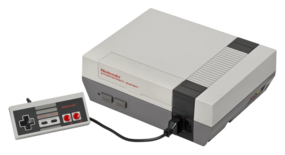 Commonly known as the NES, the Nintendo Entertainment System's first form came as the Family Computer (aka Famicom) over in Japan - and it was the initial home of many beloved gaming series' including Final Fantasy, Dragon Quest, and Fire Emblem. The machine went through multiple iterations before being replaced by the Super NES in 1990.