The Gamindustri returns with a new kind of an adventure.

An extensive hands-on at the first western-developed Neptunia game!

See how quests work in this sidescroller RPG, and reacquaint with the CPU Goddesses.

Super Neptunia RPG releases for PC on June 20, Switch/PS4 versions release on June 25 for North America and June 28 for Europe

The sidescroller Neptunia spinoff releases in a few weeks.

Still waiting on a date for the console versions.

Super Neptunia RPG delayed to Spring 2019 in the west

The first Western-developed entry in the Hyperdimension Neptunia series heads our way in autumn.

Neptune on Nintendo for the first time.

Our first look at the Neptunia spinoff, which features a 2D perspective.

In this episode, we talk at length about the recent Nintendo Direct, go over the Dengeki Game Fes, lament the Valkyrie Profile Lenneth news, and more! 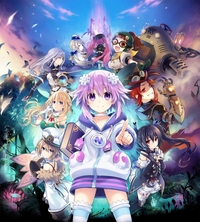